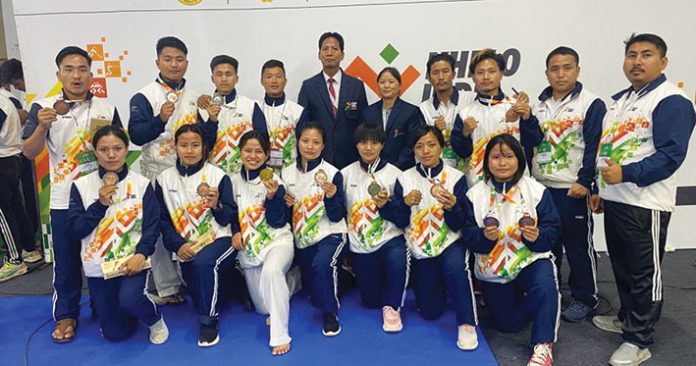 Around 4,000 athletes from more than 158 universities participated in the championship.

The karatekas of the Himalayan University (HU) won one silver and two bronze medals.

Abab Sangdo and Yana Bagang, representing Arundaya University (AU), bagged a bronze medal each in the male kata and the female’s below 50 kg individual kumite, respectively.

AKA president Likha Tara and its general secretary Tai Hipik congratulated all the medal winners.