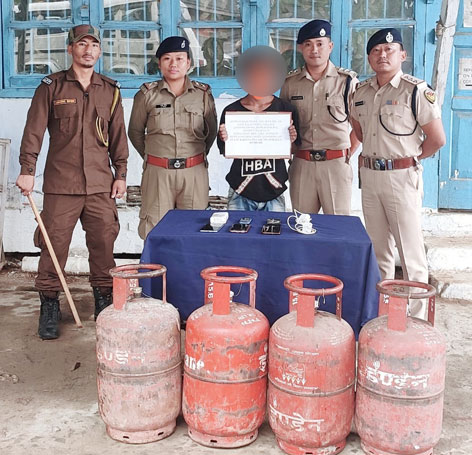 KHONSA, 12 May: One Noksai Pansa, a resident of Longkai village in Longding district, was arrested by the police here in Tirap district in connection with Case No 13/2022, u/s 457/380, on 8 May.

Following recent complaints over a series of theft cases in the town, the police kept surveillance upon a suspect, Noksai Pansa.

Legal action for offence under Section 411 IPC has also been initiated against three persons for dishonestly receiving stolen property. (DIPRO)