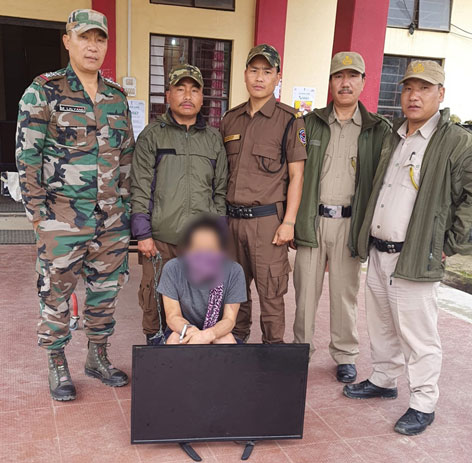 ZIRO, 19 Jun: The police here in Lower Subansiri district on Saturday arrested a habitual offender, identified as Hibu Ribya, of Hong village, in connection with the theft of a television.

The arrest was made based on a complaint lodged by one Hibu Koyang, of Siiro village, to the effect that an unknown person had broken into his house on Saturday afternoon and stole his 32″ LED TV.

After registering the case (u/s 454/380 IPC) at the police station here, a team comprising OC Inspector Millo Lalyang, Head Constable C Talo and Constable N Napong, under the supervision of SP Sahin Kumar Singhal, zeroed down on the accused, based on his past records, and arrested him.

The stolen TV was recovered from the person (a resident of Siiro village) to whom the accused had sold it.