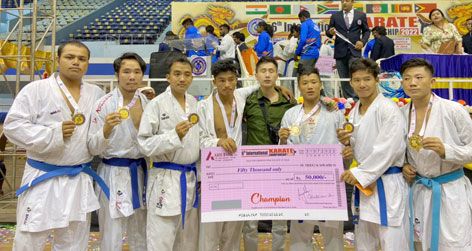 KOLKATA, 1 Aug: The Arunachal Fighters karate team won a gold medal in the 6th International Karate Championship, 2022, which was held at the Netaji indoor stadium here in West Bengal.

The team was led by manager Karan Bagang, under the guidance of the Arunachal Karate Association (AKA).