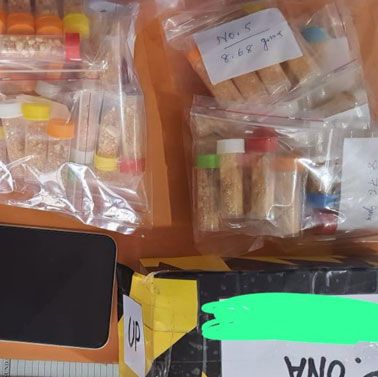 The arrests came following an input received by the Ziro police station regarding a ‘gift package’ containing heroin that was meant to be collected from a Tata Sumo stand in Hapoli by a girl. The vehicle was coming from Itanagar.

“After a while, one girl, who later identified herself as Phil Doyer (18), of Yachuli village, arrived at the counter to collect the packet,” DSP Tasi Darang informed in a release.

“She was dropped off at the Sumo stand by one Padi Robin (24), of Reru village, on a Bajaj Avenger motorcycle (AR-20-0907),” Darang said, adding that the girl was caught with the packet after she had received it.

Doyer (18), a resident of Tayem village, was arrested under Section 50 of the NDPS Act. A mobile phone, which reportedly belonged to one Subu Chobing, was also seized from the girl.

“The seizure was made in presence of magistrate and witness, followed by packaging of seized articles in plastic pouch at spot,” the DSP informed.

Padi Robin, who had dropped off the girl, was also arrested by the police team.

“In view of above findings, a Case [u/s 21 (b)/27 NDPS Act] has been registered and further investigation is going on,” the DSP said, adding that two more persons were arrested during continuation of the same investigation.

“One Puri Maku (20), of Boasimla village in Kamle district – the main peddler who stayed in Itanagar – surrendered at the Ziro police station and was arrested on 29 July,” Darang informed.

On 30 July, another accused, identified as Subu Chobing (20), of Kalung village, was also arrested in connection with the same case.

Further investigation is underway, the DSP informed, adding that the entire operation was supervised by SP Sachin Kumar Singhal.