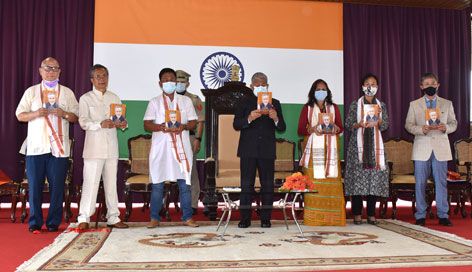 The book, titled An autobiography – A Journey from Village School to Election Commission, highlights the history, the political scenario and many other interesting aspects of the people of the state.

After releasing the book, the governor said that “autobiographies not only increase the literary treasure of the state but also motivate the youths.” He expressed hope that Kojeen’s autobiography would “inspire many to do better in life.”

Among others, the governor’s wife

Neelam Misra, Padma Shri awardees YD Thongchi and Mamang Dai, and a host of officers and members of the Apatani community attended the function. (Raj Bhavan)