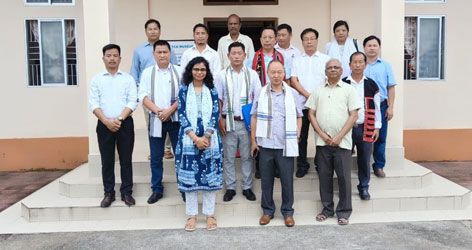 The NEC secretary held a detailed discussion with DC Soumya Saurabh, administrative officials and heads of various departments regarding various ongoing projects, and expressed happiness over the “rapid progress of developmental projects in the eastern part of the state.”

The DC apprised the NEC secretary of issues such as poor mobile network and road connectivity in certain parts of the district.

Earlier, Chalai visited the Research Institute of World’s Ancient Traditions Culture and Heritage (RIWATCH) in Khinjili and inspected the museum, the library, and the under-construction buildings located within its campus.