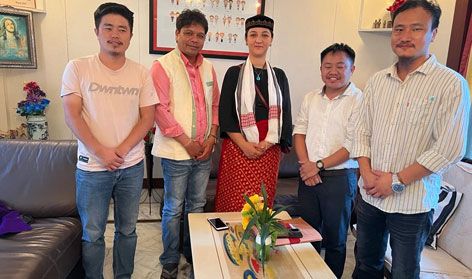 ITANAGAR, 8 Aug: The Indigenous People of Arunachal Pradesh and India has written to delegates of the United Nations Permanent Forum on Indigenous Issues (UNPFII), expressing concern over “the interests of corporate and political groups that seek to erode the cultural ethos and livelihoods of the indigenous people here under the garb of ‘development’.”

Stating its opposition to hydropower projects in Arunachal, the organisation said that, prior to drafting memorandums of understanding and pre-feasibility reports, the state and the union governments must consult the affected upstream and downstream indigenous people and communities in public hearings.

It further said that the members of the Forest and Environmental Advisory Committee under the environment, forests & climate change ministry “must be chosen with careful consideration, based on their work on understanding the effects of natural hazards on civil society, the effects of outdated forestry practices, ecology, ecosystem degradation, wildlife, climate change resilience, local livelihoods, food security, human rights and social justice.”

“Currently the committee consists of forest bureaucrats who are not adequately trained or have any expertise in the aforementioned fields. The expert members from these fields are imperative to understand holistically, including historically and psychologically, the consequences of any development project on civil society,” it said.

The organisation also called for “cumulative environmental and social impact assessment of dam-building across Arunachal Pradesh, including impacts on the downstream communities of Assam and Bangladesh.”

It also sought a “scientifically peer-reviewed and publicly shared natural hazard risk assessment posed by dams in Arunachal Pradesh,” and added that the viability of the dams should be looked into “to ascertain whether a project planned for a span of less than 50 years can offset the loss of biodiversity, forests and river systems which have supported life since the beginning of time.”

It underscored “the need to understand, publicly acknowledge and implement through policy and education that hydropower is not a renewable source of energy because of the gross destruction of biological and cultural heritage, and the immense threat they pose due to natural hazard risks and climate change.”

The organisation further informed that community conservation areas, declared and managed entirely by local communities, now number in many hundreds across the states of Nagaland and Arunachal, “and thousands across the country.”

“However, these efforts are subverted by laws that do not recognise local people’s rights over their traditional lands and sovereign conservation efforts,” it said.