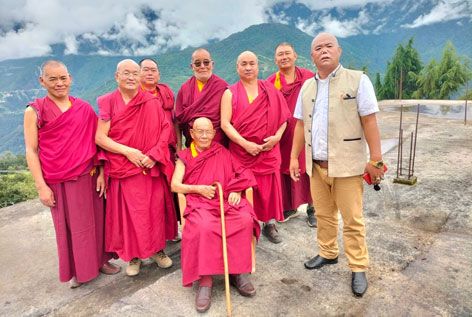 ITANAGAR, 8 Aug: Save Mon Region Forum (SMRF), the Tawang-based organisation led by monks, has said that it is opposed to the government’s plan to hand over proposed hydropower projects in Tawang district to the NEEPCO.

In a letter to the chief minister, the SMRF said that “all the projects should be terminated in the region, given that people of the area have been consistent in their opposition to hydropower, instead of transferring it from one group to the other.”

The forum said that it has learnt that the Tawang Stage 1 and Stage 2 projects are being handed over to the NEEPCO Ltd for execution.

The organisation said that the state government “is again trying to bring unrest among the public of Tawang area by implementing the project which were already rejected by the SMRF committee and the common public.”

“It is crystal clear that there is every possibility of eruption of law and order problems if power projects are implemented by going against the public interest,” the organisation said.

It added that “power extraction work from Tawang district should be immediately rolled back by cancelling all kinds of MoU/MoA with the NEEPCO.”

It further asked the government to “pass a concrete and early direction to the authority concerned for issue of order for complete rollback of NEEPCO Stage 1 and 2 hydropower projects from Tawang.”