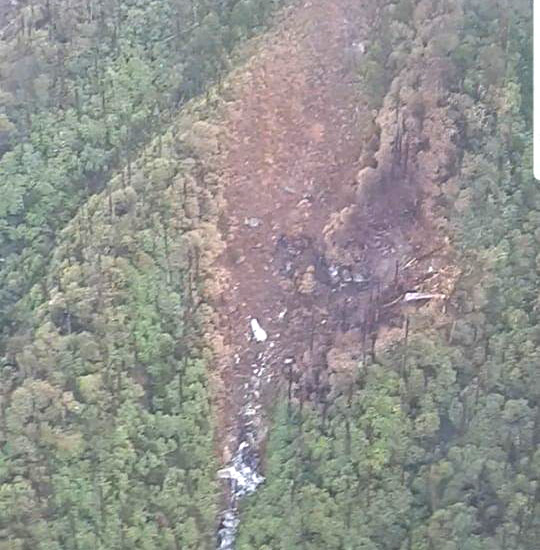 [ Nellie N Manpoong ]
ITANAGAR, Jun 11: The wreckage of the Indian Air Force’s (IAF) missing An-32 aircraft was reportedly spotted by the crew onboard an IAF Mi-17 helicopter in the Pari Adi hills, located between Shi Yomi and Siang districts, on Tuesday afternoon.
The wreckage site is approximately 13 kms from Gate village in Siang district, and 16 kms north of Lipo in Shi Yomi district, at an approximate elevation of 12,000 feet. 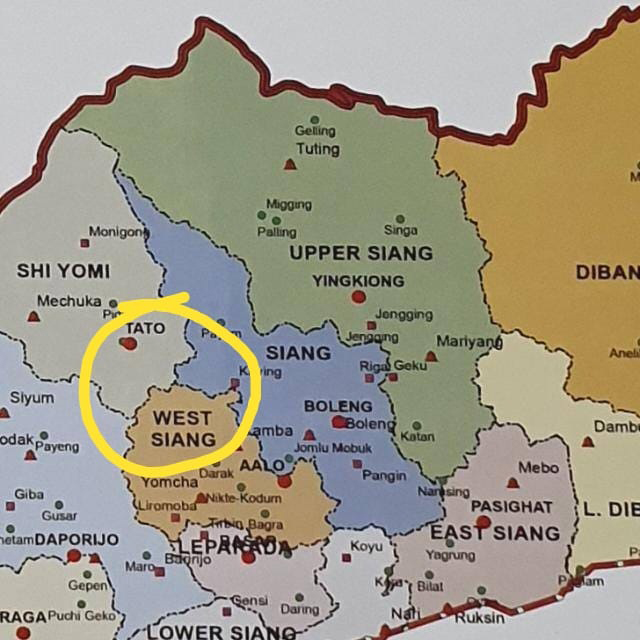 The IAF informed that “efforts are now continuing to establish the status of occupants and establish survivors. Further details will be communicated as the recovery actions progress.”
After nine days of extensive search, the rescue teams now have more obstacles ahead of it as the Molo-Kaying road was completely washed away on the intervening night of 9 and 10 June.
“It may take 28 hours to reach the wreckage site (on foot). The IAF is drawing an elaborate plan to drop all experts at a suitable place near the wreckage site,” West Siang DIPRO Gijum Tali informed.
He said “the aircraft that reportedly lost control at Payum after takeoff from Jorhat appears to have turned left towards Mechuka from Gasheng village and lost its control near Gate. The area has a tough topography and terrain, and getting to the survivors may take some time.”
APEDA Deputy Director Somar Potom, who has been deputed by the West Siang district administration to be part of the search operation, said though the wreckage site has been spotted, he along with pilots and the IAF authority would undertake a “close and final survey.”
Siang DC Rajeev Takuk informed that the IAF, the army, local mountaineers and others are likely to begin rescue operations for survivors on early Wednesday morning.
“A team is ready, but since it is dark now, they have to wait. A rescue mission would be nearly impossible at night. While flying is not possible in the dark, it would take the ground team an entire day or more,” Takuk said, adding: “We can give an affirmative answer only after reaching the wreckage site.”
He assured to provide all required assistance to the IAF in the rescue mission.
While various ground teams of local hunters have returned, the five hunters who had been dispatched by the Siang administration are yet to report back.