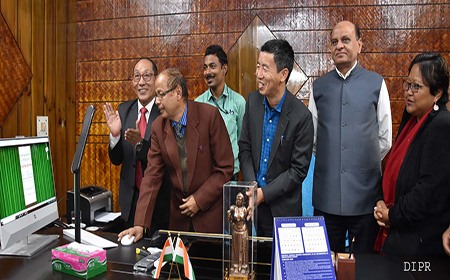 NAHARLAGUN, Feb 7: The Arunachal Pradesh Lokayukta on Friday launched its website, ‘lokayukta.arunachal.govt.in’.
The members of the Lokayukta, the home commissioner, and a team of officials from the National Informatics Centre (NIC) here were present during the launch.
The Arunachal Pradesh Lokayukta Act, 2014, and various rules under the act have also been uploaded to the website, which has been developed by the NIC with support from the state government’s IT department. (DIPRO)