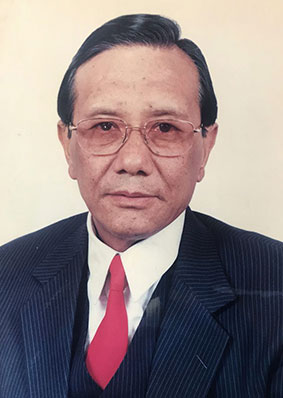 ITANAGAR, Apr 3: Former deputy speaker and minister, Pasang Wangchuk Sona, passed away on Friday morning at his residence in Mechuka, in Shi-Yomi district.
He was 69.
Born in 1951 in Mechuka, Sona graduated from St Edmund’s College, Shillong. He began his political career as a student leader, and later got elected to the second legislative assembly of Arunachal in 1980, and became the deputy speaker. During his second stint as MLA in 1990, he held the post of the state planning board’s deputy chairman. After being elected for the third time from Mechuka, in 1995, he served as the minister of state for mines & minerals.
Sona’s son, Pasang D Sona, is the current speaker of the state legislative assembly.
Expressing deep sorrow over the passing away of the veteran leader, Chief Minister Pema Khandu in a condolence message said, “Our state has lost a first-generation leader who led from the front.
“His work for the downtrodden and needy will always be remembered. I believe leaving this mortal world will not diminish the love and affection showered on him by the people. The good soul will remain immortal,” Khandu said.
Expressing solidarity with the bereaved family, the chief minister prayed for eternal peace of the departed soul, and for strength to the bereaved family.
Governor BD Mishra has also mourned the former minister’s demise, and said “the state has lost a prominent political leader and a great Arunachalee citizen.”
In his condolence message, the governor described Sona as an eminent social activist who made immense contribution towards the socioeconomic development of the people and the state in various capacities during his long and distinguished political career.
“He was a public figure of distinction, a visionary, and the pioneer of democratic values in Arunachal Pradesh,” he said.
The governor prayed for eternal peace of the departed soul, and for fortitude for the bereaved family to bear the irreparable loss.
Deputy Speaker Tesam Pongte in his condolence message said the state has lost “not only a highly successful politician but also a great personality.”
Conveying condolences to the bereaved family on behalf of the officers and staff of the assembly, the deputy speaker prayed for strength to the speaker and his family.
Former chief minister Nabam Tuki has also expressed deep sadness at the passing away of Sona.
“His tremendous contribution to the state as a former minister and deputy speaker will always be remembered and revered,” Tuki said in a condolence message.
The state unit of the National People’s Party (NPP), led by its president Gicho Kabak, legislature party leader Tapuk Taku, and vice-president Nima Sangey Saling also offered condolences to the bereaved family.
In a condolence message, the NPP recalled Pasang Wangchuk Sona as “a great visionary leader who contributed lots for all-round development in the state,” and described his demise as a great loss to the state as well as the country.