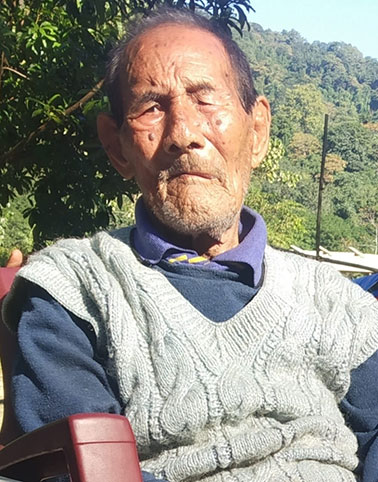 ITANAGAR, Apr 27: Gibom Bomjen, the Head Gaon Burah (HGB) of Nari village in Lower Siang district, passed away on 27 April at his residence in Nari.
Born on 21 April, 1921 to (late) Ragi Bomjen and (late) Mokir Riba Bomjen in Longne Tapi, Gibom was appointed as HGB in 1948.
He was a pioneer of the area in many fields, and
helped in the establishment of the circle office in Nari. He was also the founder of the Basudev Mandir in Nari.
He leaves behind his wife, Kambi Riba Bomjen, and 106 other relatives.