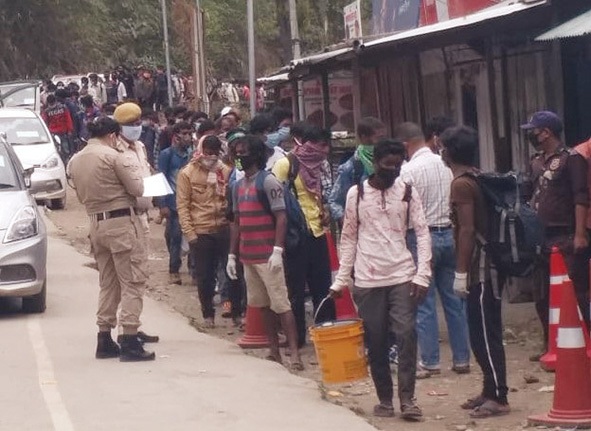 ITANAGAR, May 6: More than 4900 migrant workers and others have left the state capital in the last four days after the third phase of the lockdown provided a window of opportunity for them to return home, informed SP Capital Tumme Amo.
Amo said that the return of most of them was facilitated by the capital complex and Papum Pare district administrations in consultation with their counterparts in Assam, who were allowed to go up to Hollongi and Banderdewa check gates, respectively.
The administration arranged several APST buses to ferry them from Itanagar, Naharlagun and Yupia to
both check gates and handed them over to the officials and police stationed on the other side of the boundary, Amo informed.
The migrant labourers and workers were living in various relief camps and other stations in the capital region and rural parts of the district, he added. These workers were engaged in construction of private residential and commercial building, roads, bridges, agriculture and horticulture fields, etc.