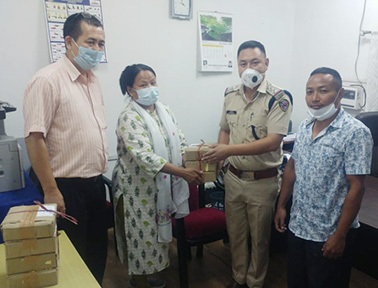 NAHARLAGUN, May 22: A thousand tablets of Arsenicum Album 30, an immunity booster homoeopathic medicine has been handed over to Capital Complex Police by the Ayush branch of DHS at the office of the Ayush deputy director here on Friday.
These tablets will be distributed among frontline workers as part of the Ministry of Ayush, GoI initiative.
‘As entire country is fighting against this deadly virus, frontline warriors including police personnel in other states including Maharashtra are already taking Arsenicum Alba 30 for prophylaxis,’ informed an official release from the DHS.