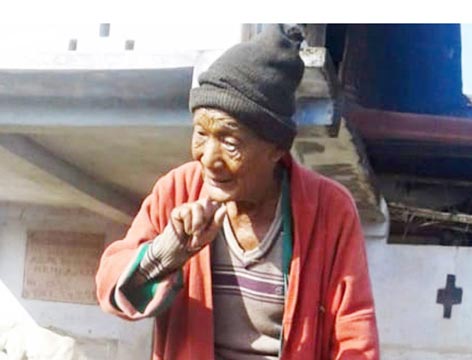 RUKSIN, Aug 2: Rani village gaon burah (GB) Tabang Jamoh, who was popularly known as Yebang, breathed his last at his Rani residence in East Siang district on the night of 1 August. He was 78.

Born in Beging village in present Siang district in 1932, Jamoh was awarded by the state government for rescuing an Indian Air Force pilot who had crashed with his plane at Rabuk Camp near Boleng in 1957.

The government later offered him a job at the political office in Pasighat. However, Jamoh left the job and subsequently shifted his base to Rani, and was elected as anchal samiti member in 1979. He contested the MLA election from Pasighat East in 1985 as an independent candidate, and the MP election from Arunachal East in 1987, but lost both times.

Jamoh had been appointed as the GB of Rani village in 1998.

The Sille-Oyan Block GB Association, the Nino Welfare Society, and the villagers of Rani have deeply mourned his demise and prayed to the almighty for eternal peace of the departed soul.