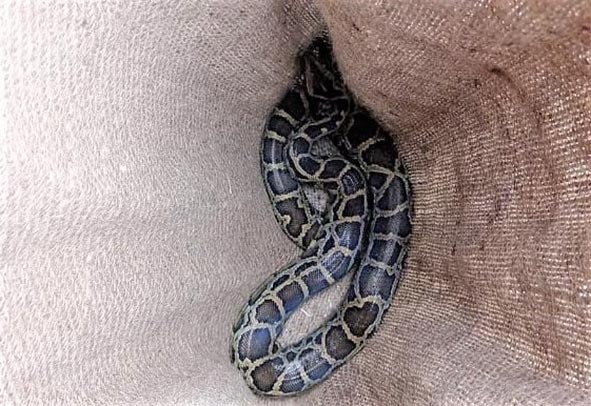 DEOMALI, Oct 19: An eight feet long Burmese python was rescued by a group of youths, including All Tirap District Students’ Union secretary Priyang Pumoh along with Butwang Lowang and Teilon Matey, and handed over to the Deomali Range Officer (in-charge) HD Banik here in Tirap district on Monday.

The python, weighing six kilograms, was rescued by the youths from the private residence of one Kubang Aluk on Sunday night. (DIPRO)