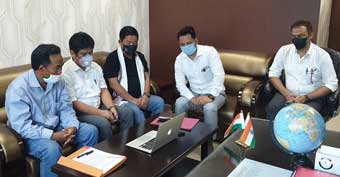 “I have briefed the union minister about the activities of the department of science & technology and the Arunachal Pradesh State Council for Science & Technology (APSCST) and awareness programme undertaken by the department in various schools and others,” he said.

Ngandam said that the APSCST is having a dialogue with the National Institute of Advanced Industrial Science & Technology, Japan, for collaboration in research and development.

“The bio-resource centre under construction in Kimin in Papum Pare district is on the verge of completion and it may start functioning soon,” he said.

He said Dr Vardhan called on the states to join the exercise of building an evidence-driven, inclusive national science, technology and innovation policy (STIP-2020) that would percolate to the grassroots level. The STIP-2020 is being formulated at present.