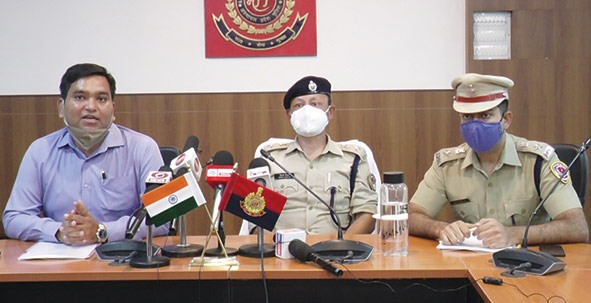 Briefing the press at the police headquarters here on Friday, Special Investigation Team SP and APP PRO Hemant Tiwari informed that 150 security personnel have been deployed to keep guard over the 17 strong rooms of the APPSC round-the-clock under the direct supervision of the respective deputy superintendents of police.

“Adequate security has been provided for movement of question papers from the strong room to the examination centre and to bring back the answer sheets and avoid any unforeseen incidents,” said Tiwari.

Mobile internet services will also be suspended in all the 15 districts where the examinations will take place, he added.

Stating that law officers and security personnel would be positioned outside the examination halls for security purposes, he informed that “use of any sort of unfair means will be dealt with strictly as per the prevailing laws.”

“The PHQ has also agreed to provide additional five convoys, so that the exams can be conducted smoothly and peacefully,” he said.

Arunachal Pradesh Public Service Commission (APPSC) Secretary AR Talwade informed reporters that the commission has made all arrangements “based on past experiences and controversies.”

“Students and citizens of Arunachal are very apprehensive regarding the conduct of the examination. Based on the shortcomings of the past, we have taken all precautions. We hope that the examination will be conducted in a very error-free, transparent and free and fair manner.”

In this connection, the secretary said that the commission has made several reforms, such as introducing the UPSC pattern of exam and taking the unique identification numbers from candidates at the time of filing the application forms, the original of which will have to be produced at the time of examination to the invigilator to prevent impersonation. Handbooks, in line with the UPSC pattern, have also been introduced for centre superintendents and invigilators for the first time.

“The purpose of this year’s exam is to establish a system. Once the system is established, it will continue from year-to-year basis,” he said.

A total of 26,459 candidates have applied for the examination, which is scheduled to take place at 17 centres and 126 sub-centres spread across 15 districts on 1 November.

Earlier in the day, a virtual conference on the arrangements was held among the officials of the APPSC, the APP and the district administration.