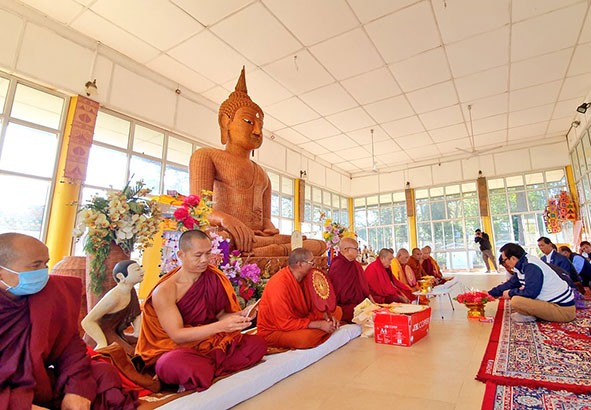 NAMSAI, Dec 2: Deputy Chief Minister Chowna Mein announced that all the Arunachal Pradesh Public Service Combined Competitive (prelims) Examination qualifiers from Namsai district will be financially supported by the three MLAs of the district, including him.

He was addressing a gathering of youths at the Kongmu Kham (Golden Pagoda) complex on Wednesday here in Namsai district, which had congregated to celebrate the DyCM’s birthday with a tree plantation programme around the complex.

Congratulating the APPSCCE (prelims) qualifiers from the Tai Khamti community, Mein asked the qualifiers to abandon all their fears and tensions and concentrate on preparing for the next level.

He also shared his plans of promoting tourism in the district by adding and supporting new activities, besides creating a botanical garden and other wayside amenities.

The DyCM also released the cartoon posters of the Swachh Bharat Abhiyan campaign in the district and a Tai Khamti music video album ‘Yung Pek’ brought out by the Independent Film Productions.

Later, Mein and other invitees offered prayers and sought blessings before a host of monks.