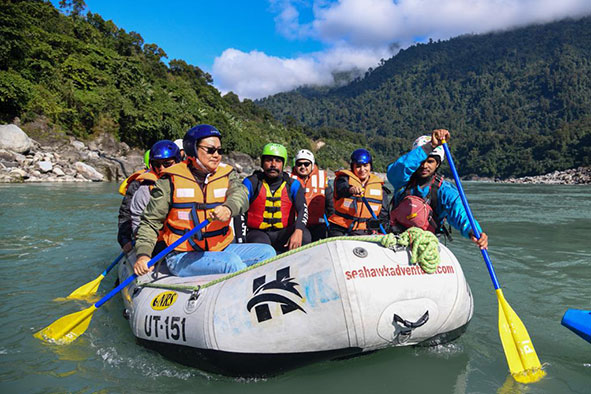 the support of the state governments of Arunachal Pradesh and Assam, and the National Disaster Response Force (NDRF).  The objective of the event is to act as a public outreach programme aimed at youths and students through a river rafting expedition to popularize the concept of Living with the River.

The event will also provide an opportunity of scientific data collection and sampling exercise on river water quality, river sediment, river bank erosion and fish habitat along the entire route of the expedition.

Two NDRF battalions have been involved in the expedition. The entire expedition will be completed in three legs, covering around 917 km in almost one month.

The Arunachal legs will start from Gelling and move along the Siang River to Pasighat in East Siang district and then to Assam’s Tezpur in the second leg. The first two legs are expected to be completed on 1 January, 2021. The third leg will start from Tezpur on 10 January.

Siang takes the name of Brahmaputra after entering Assam.

On the way, the team will navigate some of the most dangerous rapids of grade 5 and 6 in the Upper Siang river course, such as the ‘Marta’ and ‘Toothfairy’. Deep gorges, rapids and waterfalls reveal the difficulty of the route.

NDRF is not only participating in the expedition but one team will shadow the expedition throughout the route with all necessary rescue and medical support equipments.

Gelling is the last village in India and is just 1.6 km away from the Indo-China border.