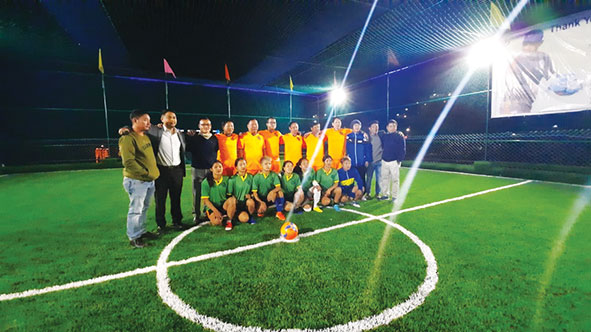 The rooftop turf is situated in Division IV.

Sharing details, the MD of Capital Soccer Point, Bamang Taniang Kiogi said this is the first time that a European-made football turf has been laid in the state.

“It is imported from Turkey and is a FIFA-certified turf. The booking for the turf will start from Monday onwards. We will give concessions to students,” he said.

Taniang also informed that the Capital Soccer Point is exploring the possibility of starting coaching for budding footballers in the coming days.

Rime in his address said he was happy to see Arunachal doing well in the young age category.

“This gives us hope, and I am sure that in the future we will see a lot of players from the state playing at the national level,” said Rime.