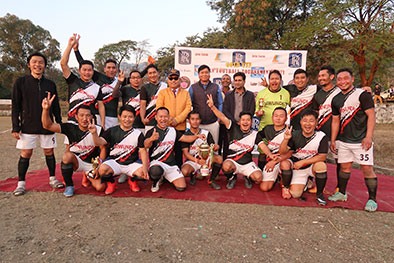 ROING, 22 Jan: Siwundi FC, the defending champions of the Gold Cup Veteran’s Football Tournament, emerged winners of the title yet again in the second edition of the tournament at the Kera Aa Jubilee Ground here in Lower Dibang Valley (LDV) district on Friday.

Siwundi FC defeated Old is gold team from Lohit district by 4 goals in the final match (4-0).

Hapi Mene won the best goalkeeper title, while Dojum Nomuk won the highest scorer title, both from the winning team.

LDV DC KN Damo gave away the trophies and cash prizes to the winners and the runners-up teams, in the presence of Dambuk ADC Sibo Passing, DSO Raju Mipi and others.

The tournament was organised by the Roing Town Club.