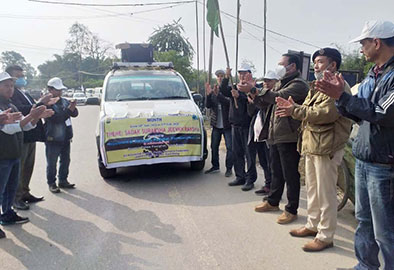 A car rally was taken out in the main thoroughfare of the township to raise public awareness on the rules of the road.

ADC Tatdo Borang appealed to drivers as well as pedestrians to obey traffic rules. He administered oath to drivers and motorcycle riders to obey road safety rules and encourage others to obey them.

District Transport Officer Marik Loyi said the authority has tightened the traffic rules, with heavy penalty for violation of traffic rules. The transport official also spoke on the importance of wearing helmets and seat belts while riding/driving vehicles. He cautioned against drunk driving and use of mobile phones while driving.