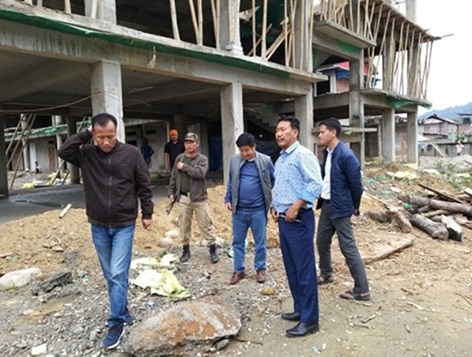 The DC took stock of the site of the fire accident in Gandhi Market, where a devastating fire accident took place in the midnight of 21 February, rendering 42 families homeless.

He then visited the Sigin bridge point. He also visited the district medical officer’s office and had a brief interaction with the officers and staff of the health department.

The DC also visited the under-construction mini secretariat of the district and interacted with the executing agency, the contractor and other projected-related persons.

Further, he visited and enquired about the progress of the under-construction school building of the government higher secondary school here.

He also interacted with the teachers and students of the school. (DIPRO)