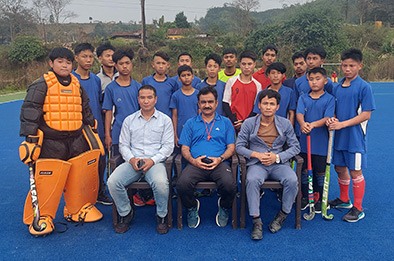 ITANAGAR, 9 Mar: A 14-member team from Arunachal will participate in the Hockey India Sub-junior Men National Championship, scheduled to be held in Narwana district from 17 to 25 March.

Arunachal will play their first league match against Delhi on the inaugural day. They will take on Bihar in the second match and Himachal Pradesh in the third match, according to a Hockey Arunachal release.

The team, headed by coach Shiv Kumar Saini, will be leaving here for Haryana on 11 March. Hockey Arunachal secretary Sonam Tenzin will also accompany the team, the release said.