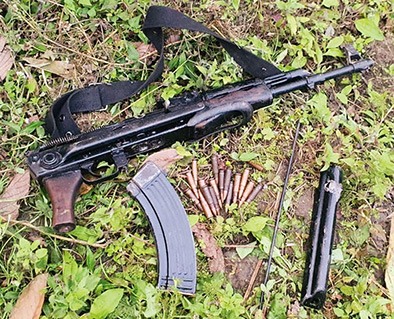 The slain operative has been identified as Kappan Ngemu, of Thamyang village in Yatdam circle.

Police sources informed that the gun battle started at around 12 noon when an Assam Rifles team reportedly received information about four militants moving in the area. The sources said the militants fired at the security personnel and in retaliation one militant was killed and others reportedly managed to escape from the location.

The security forces have reportedly launched a combing operation in the area.

Changlang SP Mihin Gambo informed that one AK-47 assault rifle and 17 live rounds of AK-47 were recovered from the militant.