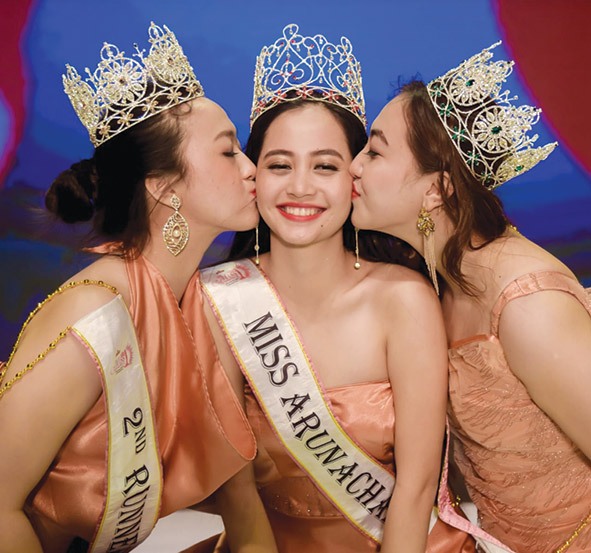 PASIGHAT, 4 Apr: Tengam Celine Koyu was crowned Kingfisher Miss Arunachal, 2021 at a glittering function at the outdoor stadium here in East Siang district on the night of 3 April.

Koyu will represent the state at the Femina Miss India contest to be held later this year.

The event was organized by Arunachal Guild for Cultural Integration under the aegis of the state’s youth affairs department.