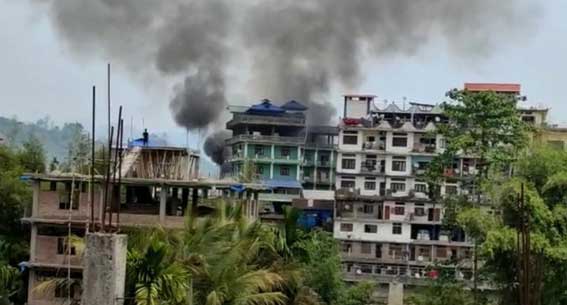 ITANAGAR, 16 Apr: Four houses were reduced to ashes in a fire that broke out in C Sector in Naharlagun, but there was no report of any injury in the blaze, the police said.

The cause of the accident is suspected to be a short-circuit.

The fire broke out on Wednesday morning in the house of one Duyu Taka. It soon spread to the other three houses as the LPG cylinders in the house exploded in the blaze, a police officer said.

Four fire tenders were rushed to the spot. They brought the fire under control, the officer said.

Four houses along with all household materials were reduced to ashes in the blaze, the officer said, adding that there was no report of any casualty in the blaze.

Besides the relief materials, it also provided Rs 5,000 in cash to each family affected by the fire accident. (With PTI input)