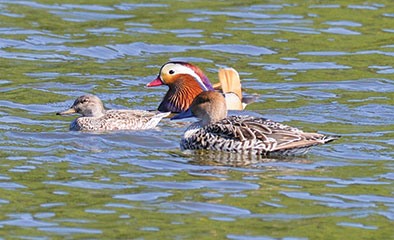 “For every drop of water you waste, you must know that somewhere on earth someone is desperately looking for a drop of water!” – Mehmet Murat ildan

This century, water will be the major natural resource issue. Globally, people are facing immense problems in having access to water.

In Arunachal, the Ziro valley, without a major river, may face an acute water crisis in the coming days. The lack of rivers and rivulets has resulted in over-dependence on the Cley river system.

Ziro valley is a picturesque location surrounded by hills on all sides. The valley, inhabited by the Apatani tribe, is in Lower Subansiri district. The valley comprises about 1,100 sq kms, of which about 40 sq kms are cultivated. Over the centuries, members of the tribe have perfected existing with nature.

One of the most important aspects of the valley is the judicious utilization of its limited land resources.

Agriculture is the mainstay of most of the people in the Apatani plateau, and it suffers the most as a result of scarce water resources. In addition, there is improper utilization of the scarce resources due to pollution and the ever growing needs of the people, resulting in loss of water resources.

With its colossal water resources notwithstanding, Arunachal has been dismal in its utilization. With over hundreds of big and small rivers, the state should have been able to utilize them for its growth and development.

A proper policy and practice for water utilization for the future is a must.

The project – a pilot project of the water resources department – has been able to integrate livelihood concerns with economic and environmental protection activities. The project has not only provided sustainable livelihood options to the people but has also helped in water conservation in the parched Ziro valley.

The water resources department and Ziro-based M/s Siikhe Multipurpose Cooperative Society have come together to start a water conservation project on the Siikhe stream, one of the major tributaries of the Cley river system. Siikhe contributes about 20 percent of the total flow of the Cley river, with a flow of about 1 cumec during the lean season.

Water conservation in Arunachal has become imperative as the state might face acute drinking water shortage soon as the sources of many rivers and rivulets across the state are drying up.

Located a few kilometres from Ziro, Siikhe is an ideal place for nature lovers, and one is sure to be smitten by the panoramic view of the hills, pine trees, and all-round greenery.

Additionally, the project is aligned to the ‘Catch the rain’ scheme under the Jal Shakti Abhiyan launched by Prime Minister Narendra Modi recently.

The project has been built at an estimated cost of Rs 450 lakhs under the State Annual Development Agenda (SADA), and another Rs 250 lakhs is proposed for its upkeep and maintenance. The construction works commenced in September 2017, and the project was completed in January 2019.

The length of the embankment is 165 metres, with a crest width of 10 metres.

The earthen dam, with a reservoir capacity of 1,20,000 cubic metres, has created irrigation potential of 50 hectares spread over a catchment area of 8.50 square kilometres.

The lake is not only intelligible to the common man but is also a sustainable venture for the 90-odd families who donated the barren land for the common good.

The area was highly vulnerable due to lack of scarce water and its management, which forced the farmers to give up agriculture.

For centuries, the highlands have been used for social forestry and the low-lying flatland has been used for paddy-millet-fish cultivation.

This traditionally systematic land use pattern ensures a high level of biodiversity in the area and effective conservation of crucial watersheds, ensuring perennial stream flowing into the lone Cley river system of the valley to meet the needs of the people.

The project has brought impactful improvement in livelihoods, in addition to environment protection activities. Wedged in the midst of greenery and villages and just a few kilometres from the Ziro-Daporijo road, the lake is a testament to man’s and nature’s resilience.

The blue skies, the emerald green water, the forests and the slight breeze give one goose bumps.

It’s a perfect trip to the valley’s most sought-after retreat. Once there, one can be with nature in its finest glory. The climate is pleasant throughout the year, which makes this place worthy of a visit at any time during the year.

Lakes, natural or manmade, have many purposes, including fishing, transportation, recreation, irrigation, etc. They not only enrich the flow of rivers but replenish the groundwater, enhance natural beauty, moderate the climate of the surrounding area, preserve biodiversity and ease the impact of flood or drought by storing water in large amounts.

They also provide habitats to aquatic and semi-aquatic plants and animals, which in turn provide food to other animals.

A haven for migratory birds

This year, the lake has turned into a haven for migratory birds.

The arrival of migratory birds will be crucial in sustaining the ecosystem, and they help us understand the ecological health of an area and can help in making conservation planning.

“As a community, we must ensure that the habitats of the migratory birds are not disturbed and they are allowed to be in their natural environment,” said Taru Abin, a resident of Ziro.

He said proper conservation of the lake for migratory birds is crucial for their survival.

Abin said the lake has been an attraction for tourists flocking the valley.

He said the migratory birds coming in flocks are also attracting tourists from around the world.

Kumar said the wetland has become a valuable natural space as one won’t find wetlands in places at an altitude of 1,200 metres or more above sea level.

Although the area is filled with pine trees, the moisture will help in further greening of the area, he said.

The DFO added that the lake will also help in mitigating climate change. He said “we should try to preserve them as they are important for the survival of other species.”

“The lake has served as home to migratory birds and it (the arrival of avian friends) has rendered Siikhe the most sought-after spot in Ziro Valley,” said photographer Koj Mama.

Expressing concern over cutting of trees for firewood and timber in the lake’s vicinity, Mama said it should be stopped immediately. He said the pine trees surrounding the lake give it an aesthetic look.

Lakes help in replenishing the groundwater level as they are essential receptors of groundwater recharge, positively influencing the water quality of downstream watercourses and preserving the biodiversity and habitat of the surrounding area.

Built for conserving water for irrigation and recreational purposes, it will help Ziro, a water deficit area, in the long run.

Aside from enlightening the community on water conservation methods, the project will help in recharging the groundwater table and help in greening the forest cover around the lake due to the increase in soil moisture.

The value-added components of the project, like fish-rearing (pisciculture), with an estimated annual fish production of 18 tonnes, will immensely benefit the beneficiaries (land donors), numbering 90-odd.

“In March 2020, after almost seven months, the first fish reared in the lake were harvested and were sold in the open market,” he said.

He said that most of the income was from entry tickets for boating and picnicking. Additionally, the project has provided employment opportunities to unemployed youths.

The society has engaged five staffers, including a supervisor, a boatman, a sweeper and two gatekeepers.

Tadi, however, favoured planting more trees and laying footpaths around the lake and the bird nesting platforms.

He also demanded that the channel of the lake be expanded for irrigation. At present, around 28 hectares are being irrigated.

“The area under irrigation coverage could be increased, so that maximum farmers who have their paddy fields downstream could benefit,” he added.

Another project on the anvil

Satisfied with the success of the Siikhe water conservation project, another project is coming up in the valley.

The department is coming up with the Sii Lake project in Biirii as part of the Sii water conservation project.

According to a study in the United Kingdom, biodiversity is declining faster than at any time in history, to the point that it will affect our current and future prosperity.

Amid the pandemic, the perils of climate change and biodiversity loss has taken a backseat.

We Arunachalees are complacent about the loss of green space and biodiversity. We, as people, don’t seem to realize that our rich biodiversity is under increased pressure of development.

In our state, people take greenery for granted and think everything is fine. They should rethink.

It’s time to realize that nature has intrinsic value to human beings as a whole and the sensitive habitat should be preserved and not left to fragment.

It is time to reflect and take action for our rich biodiversity before it’s lost.