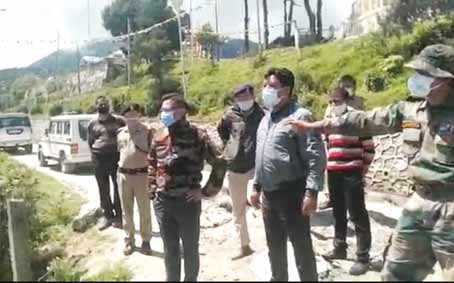 TAWANG, 24 Jun: In a shocking incident, Indian Army authorities on Thursday obstructed the widening of the road near the circuit house here, claiming that the area comes under the army’s land map.

The circuit house is situated in the heart of Tawang township, and there are several private as well as government accommodations constructed in the area long back.

The district administration has asked the army authorities to authenticate their claim. “Otherwise, the road widening work which is being undertaken is under the state government’s project CC road in district headquarters of Tawang and shall equally be utilized by civilian as well as army after its completion,” it said.

The bonhomie between the civilians and the army in Tawang has been an example for others. Though agriculture land in Tawang is very limited and the grazing grounds are shrinking due to the expansion of the urban township and army establishments, the public of Tawang have always been lenient in giving their limited land for the greater cause of national security. (DIPRO)