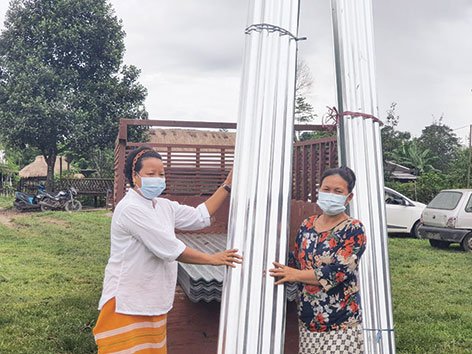 The sheets were handed over by Mebo ADC Ainstien Koyu, along with Mebo Banggo-II ZPM Oter Ering Tayeng and Sigar GPC Indu Yommin.

The families include those who had to be shifted to safer locations as their houses were on the verge of being washed away by flashfloods.

Incessant rainfall has caused the water level of the Siang river to rise, resulting in floods and damages.

The Sigar GPC informed that the PHE department, with the help of villagers, has restored the old water pipeline along the alternative road side. He appealed to the higher authorities to install a water supply pipeline “to the newly shifted area (Popir Patang).” He also appealed to the government to allocate funds for reconstruction of the upper primary school in Sigar, which was washed away last year by flashfloods.