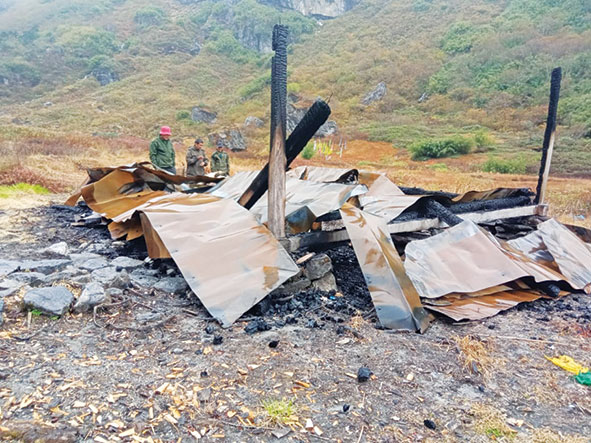 TUTING 30 Oct: The Tuting Memba Welfare Society and the Khamba Welfare Society have strongly condemned the alleged torching of a gonpa at Riwotala here in Upper Siang district by unknown miscreants recently, and demanded early arrest of the culprits.

The societies in a joint release on Friday stated that the incident has hurt the religious sentiments of the believers. They said that an FIR was lodged with the police by the apex organization of the Memba and Khamba communities, the Cheme Yangsang Pema Kod Welfare Society, on the same day that the incident occurred.

The societies have strongly urged the law enforcing authority to book the culprits involved in the incident at the earliest and award them stringent punishment as per the law.

They further appealed to the people to maintain peace and let the law take its course.