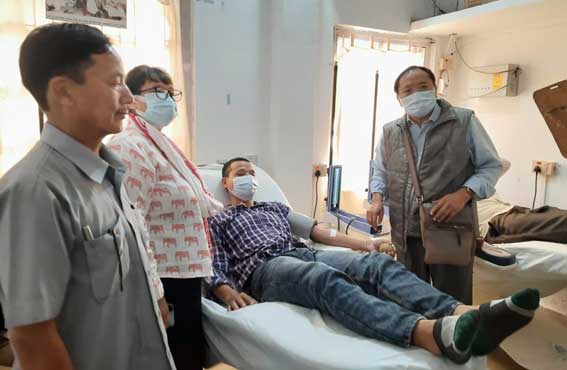 KDO chairman Dr Kabang Lego and president Tagam Tamut informed that the camp was “a feasibility exercise to promote awareness among the people about blood donation and its benefits.”

AYANG founding chairman Aini Taki Taloh commended the donors. “They have played a very important role in the mission to save lives and the world needs more heroes like them,” she said.