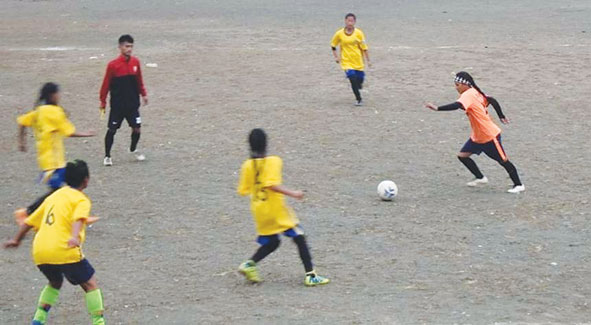 The second match was also won by the girls’ team from GSS Kapu, defeating GSS Thinsa 3-0.

Tirap DDSE Hortum Loyi, who kicked off both the events, said that the Subroto Cup Football Tournament is a prestigious international inter-school tournament. “Named after India’s first chief of air staff, Air Marshal Subroto Mukherjee, the tournament started in 1960 and since then it has been conducted every year,” Loyi said.

The DDSE said that the tournament is a good platform for the young players to showcase their football skills and talents. He advised the players to take up sports sincerely and grab the job quota reserved for talented sportspersons by becoming good players in their chosen sports. (DIPRO)