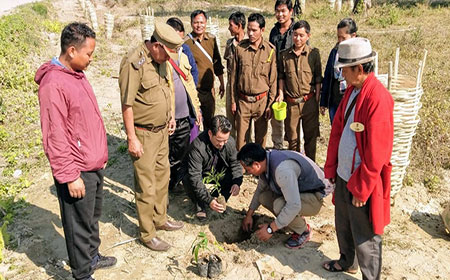 A number of saplings were planted in the office premises of the circle officer at Namsing in East Siang district during a plantation drive conducted by Namsing CO Khoda Lasa on Wednesday. During the drive, the CO urged the officers, officials and gaon burahs to reach out to people and explain to them the importance of planting trees. (DIPRO)