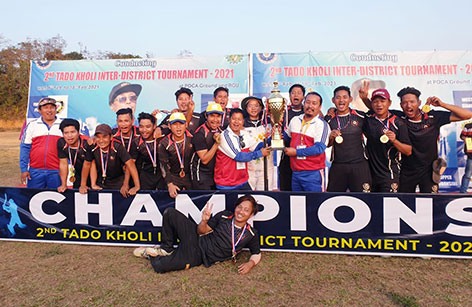 While chasing the target, Itanagar almost pulled off the target but fell short by three runs as they were bowled for 142/ 10 in 37.4 overs.

Nabam Abo took five wickets, conceding 37 runs from his 10 overs. He also bowled a maiden over in the final match.