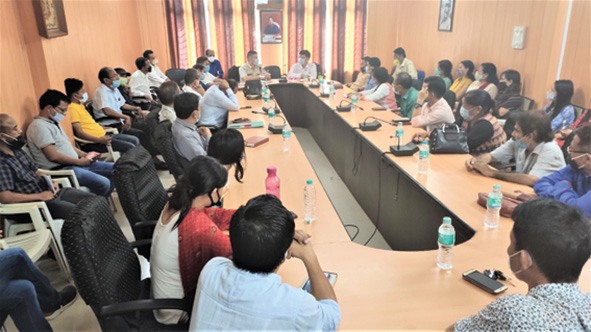 KHONSA, Oct 13: The Tirap district administration has directed that all the market areas and government offices in Khonsa and Deomali be sanitized on 16 and 17 October.

The decision has been taken following discussions with administrative officers, the DMO, the SMO and the IDSP DSO, and based on a representation submitted by the All Tirap District Students’ Union. (DIPRO)