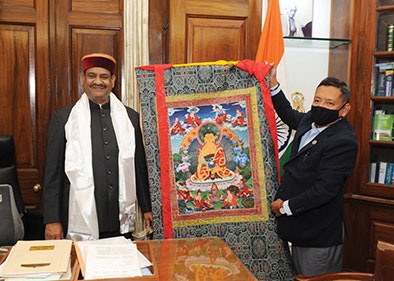 It was Sona’s first meeting with the Lok Sabha speaker after becoming the chairman of CPA India Region Zone-III.

Sona briefed the Lok Sabha speaker on the CPA India Region Zone-III conference to be held this year in Itanagar, and invited him to attend it as the chief guest.

of all MLAs of the Northeast states, preferably in Guwahati, in April-May.