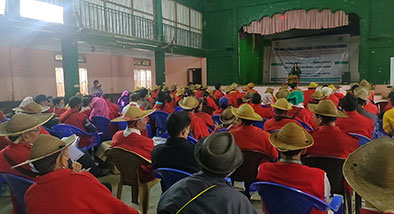 Themed ‘Synergy between Customary Practices and Formal Laws,’ the training was part the project ‘Access to justice in North Eastern states and Jammu and Kashmir’ being implemented by the department of justice under the ministry of law and justice.

In total, 127 gaon burahs from various parts of the district attended the training.