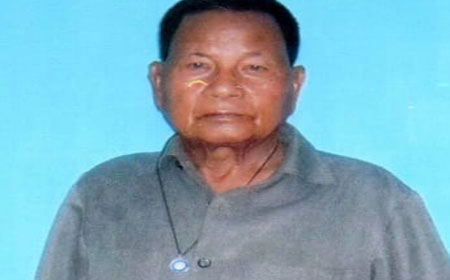 NAHARLAGUN, Mar 11: Renowned philanthropist and former political interpreter Yommar Karbak of West Siang district passed away on Wednesday morning at his residence in Lekhi village here after a prolonged illness.
Born in 1940 at Karbak Dubi village under Kamba circle of West Siang district, late Yommar had migrated to the Capital Complex in the early 1970s.
He served the society in distinct capacities, including a political interpreter in Aalo from 1964 to 1966. He was one of pioneer tribal contractors, and instrumental in construction of the Doimukh-Sagalee road. He was also involved in socio-cultural activities and was among the founder members of the Mopin Festival Celebration Committee Naharlagun/ Itanagar.
Late Yommar is survived by two wives, seven sons and many grand children.