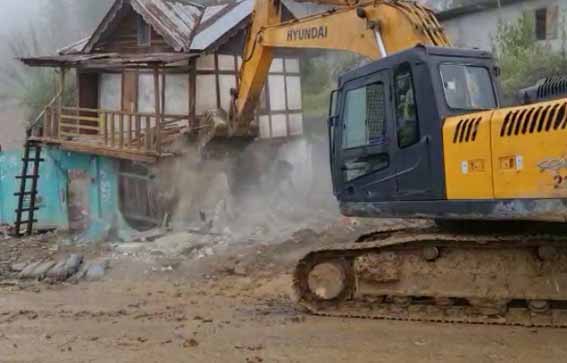 ZIRO, 9 May: Following verification of the construction work under Package II of the Trans-Arunachal Highway (TAH) in Tajgi area on 30 April by Lower Subansiri DC Somcha Lowang, an eviction drive was conducted on Saturday on the stretches of the TAH between Chainage 73 and 75 to facilitate smooth construction of the highway.

Four structures falling within the right of way (RoW) were demolished on Saturday. The eviction had to be carried out after repeated directions for demolition went unheard by the landowners.

The eviction drive was led by the DC, along with the SP, the DLRSO and the AEs of the highway and UD departments. (DIPRO)